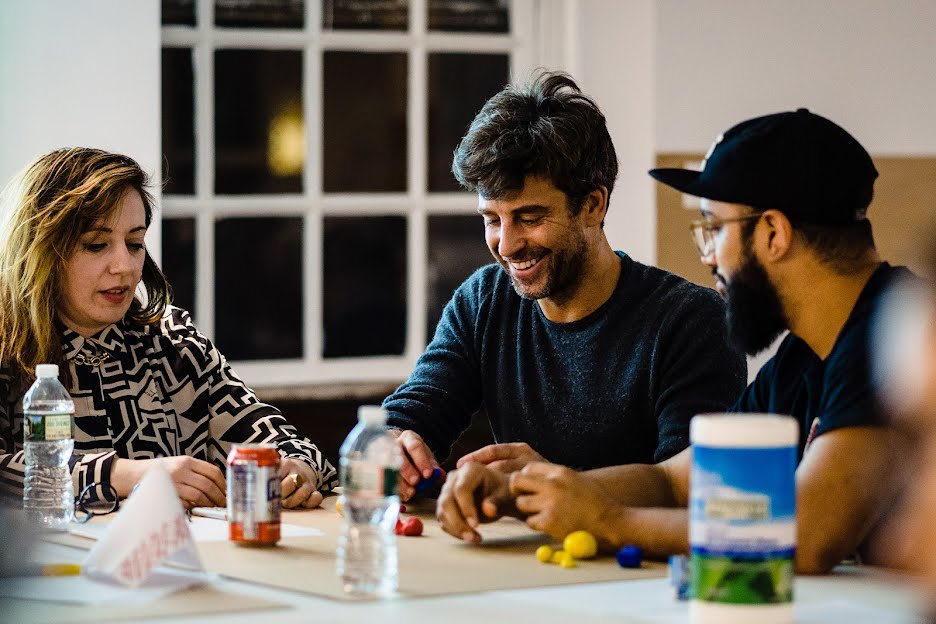 Students, faculty and staff are sharing and generating fresh ideas in RISD’s Center for Complexity (CfC), a hub for project-based collaboration and innovation located at 20 Washington Place.

Cofounded in 2018 in partnership with the global company Infosys, the CfC supports artists and designers interested in applying creative problem solving to address some of the world’s most critical and intractable challenges. 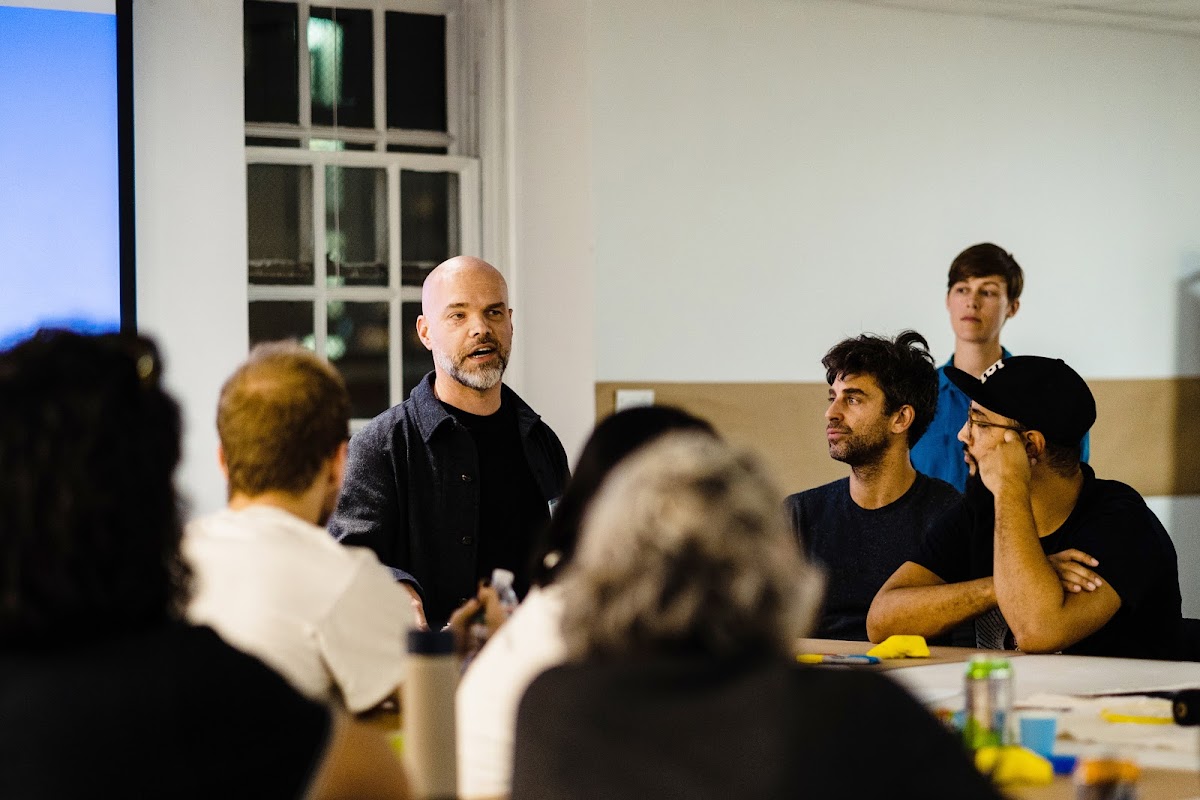 Justin Cook explains the goals of RISD’s Center for Complexity.

On November 19 CfC Director Justin Cook welcomed visiting artist/educators Susan Jahoda and Caroline Woolard (authors of Making & Being) to the center for a hands-on workshop exploring the role of objects in enabling groups to collaborate more equitably across disciplines.

After sharing their ongoing work in bringing systems thinking into the studio, the two visiting scholars led a series of nonverbal “threeing” exercises intended to promote embodied creative practice and to bring awareness to the role each of us tends to play in collaborative settings. 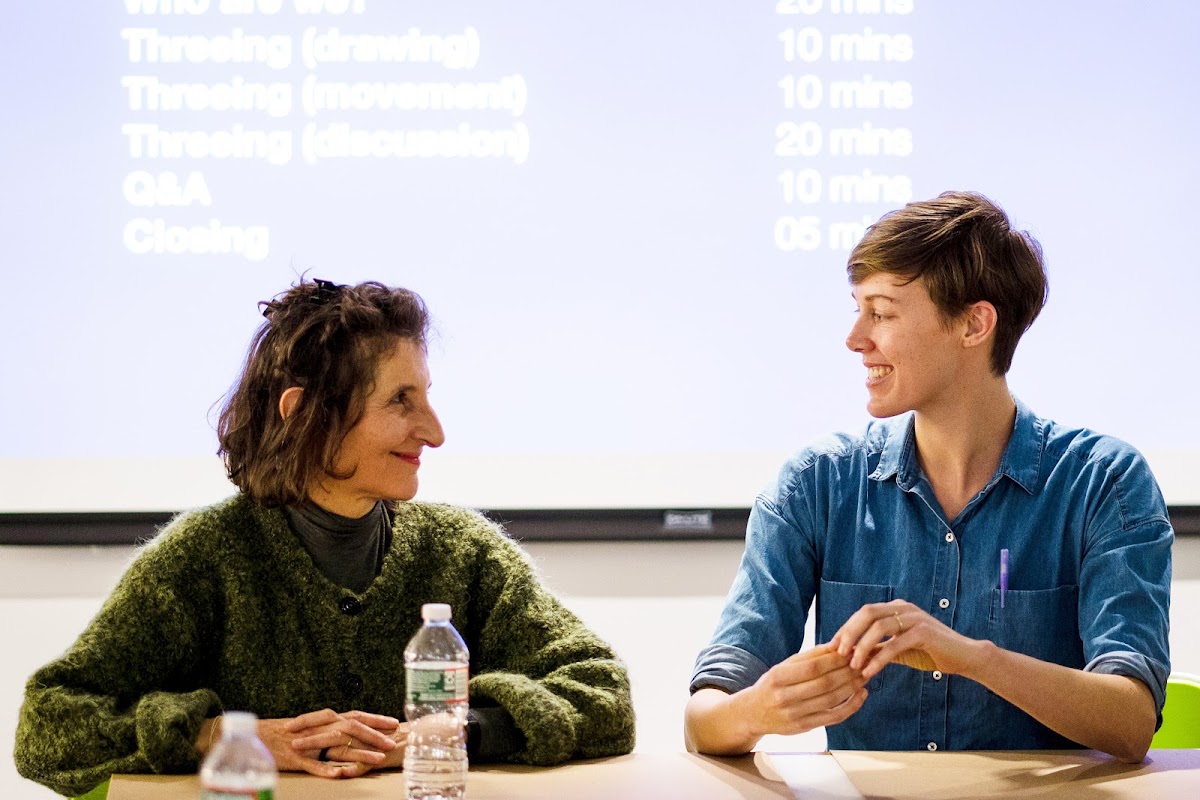 “Most artists begin projects through research or materials testing,” Jahoda notes, “but we’re introducing the idea of beginning by focusing on intention—on the way that we work.”

In each of the exercises—one that focused on drawing, another on physical movement and a third on 3D representations of dialogue—participants played one of three roles: initiator, respondent or mediator. It quickly became apparent that different people gravitate toward specific roles and that taking on a new one tends to be challenging.

In welcoming participants to the space, Cook described the problems the CfC is tackling as “sprawling beasts that cross borders and boundaries with little regard for the carefully constructed silos that characterize 20th-century knowledge and practice.”

Among the “beasts” the CfC is wrestling this year are improving emergency medicine, building citizen participation in Providence, tackling the opioid crisis and reorienting K–12 educational curricula to focus on climate change.