Looking back at Collapse: Center for Complexity’s Fourth Annual Symposium

A synopsis of September 21–23 2022 — speakers, panel discussions, and group inquiry into the meaning and consequences of collapse.

Center for Complexity (CfC) held its 4th annual symposium at Rhode Island School of Design (RISD) September 21-23, 2022. Hundreds of participants including students, faculty, staff and members of the public joined in workshops, conversations, making, and gallery talks over the three days. Through the collective exploration of the phenomenon of collapse we aspired to confront the precarity of natural and human-made systems. We considered how we might collapse the spaces that divide us to identify the insights, mindsets, and practices needed to move beyond collapse and achieve a sustainable, equitable and just future.

Videos from the keynote addresses and two of the workshops are available here, as well as the welcoming comments of CfC Founding Director, Justin Cook.

This forum is not for the transmission of known knowledge, but for the construction of new knowledge.

This page also features the essays and short fiction of six RISD writers whose work was funded by the CfC’s inaugural Arts & Inquiry grant. The Arts & Inquiry grants were made available to RISD staff and faculty by an RFP process. Nineteen proposals were funded leading to a publication of the essays and an exhibit of sculpture, art, and technological explorations of the theme.

Chef Michael Lomonaco is Chef/Partner of Porter House Bar and Grill and former Culinary Director of the Windows on the World restaurant atop the World Trade Center’s North Tower. Lomonaco discusses his experiences and unique perspectives on collapse as a survivor of the 9/11 attacks on the Twin Towers and as a New York City restaurateur navigating the catastrophic impact of the Covid pandemic. Lomonaco’s experience provides a unique perspective on adapting, adjusting, and responding to crises with creativity and compassion. These experiences have given him “an acute appreciation for humanity, courage and determination.”
IG: cheflomonaco

Rasheed spoke to a packed auditorium via Zoom to discuss their work as a writer, educator, and artist. Born in East Palo Alto, CA, and currently living in Brooklyn, NY,  Rasheed is a 2021 Guggenheim Fellow in Fine Arts known for their work in installations, book arts, immersive text-based installations, large-scale public text pieces, publications, collage, and audio recordings. They earned an MA in Secondary Social Studies Education from Stanford University (2008) and a BA in Public Policy from Pomona College (2006). She was an Amy Biehl U.S. Fulbright Scholar at the University of Witwatersrand, South Africa (2006–7).

A learner, Rasheed grapples with the poetics-pleasures-politics of Black knowledge production, information technologies, [un]learning, and belief formation. They are a recipient of a 2022 Schering Stiftung Award for Artistic Research, 2022 Creative Capital Award, a 2021 Guggenheim Fellowship in Fine Arts. Rasheed is the author of three artist’s books: An Alphabetical Accumulation of Approximate Observations (Endless Editions, 2019), No New Theories (Printed Matter, 2019), and the digital publication Scoring the Stacks (Brooklyn Public Library, 2021). Their writing has appeared in Triple Canopy, The New Inquiry, Shift Space, Active Cultures, and The Believer.

Professor of Gender Studies and English at Columbia University, Halberstam is the author of seven books including: In A Queer Time and Place (NYU Press, 2005), The Queer Art of Failure (Duke UP, 2011), Gaga Feminism: Sex, Gender, and the End of Normal (Beacon Press, 2012)  and Wild Things: The Disorder of Desire (Duke UP, 2020). Places Journal awarded Halberstam its Arcus/Places Prize in 2018 for innovative public scholarship on the relationship between gender, sexuality and the built environment. Halberstam’s presentation explores the theme of collapse building on his research and lecture: An Aesthetics of Collapse.

Halberstam writes: the term “collapse” derives from Latin and contains “col” meaning “together” and “labi” meaning slip. This etymology offers us a glimpse of the potential aesthetic folds hidden in the term. Collapse can refer to a system plagued by multiple failures, a mental break, a physical depletion, a structure giving way, a fall. But it specifically means many things falling together, and a fall created by a loss of support. An aesthetics of collapse might name a series of gestures that orient towards falling, that skew away from making, building, improving and that embrace the beauty of gradual and inevitable decay. Under the aesthetic heading of “collapse” we can gather together the hollowed out and split structures created by self-described “anarchitect” Gordon Matta-Clark as well as Rachel Whitehead’s infamous sculpture “House” (1993), a plaster cast of the inside of a house in East London slated for demolition, that required the actual house to be dismantled around it. While Matta-Clark’s cuts and incisions commented on the beginnings of New York City’s postwar wave of gentrification and real estate, Whitehead, twenty years later offered a temporary monument to the removal of low-income housing as preparation for gentrification. I will offer a look at artwork from the 1970s that orients towards dismantling, demolition and collapse and develop a queer and trans theory of collapse alongside a model of anti-anti-utopian unworlding!

Introduction by Christopher Roberts, Assistant Professor of Theory and History of Art and Design and Experimental Foundation Studies, RISD

“Some Freedom Now”: Liberatory Practice and Community—Building in the Face of Collapse

The title of this panel is taken from an influential 2018 essay by panelist Ed Whitfield titled “What Must We Do to Be Free? On the Building of Liberated Zones.”  Whitfield, chef and food activist Neftali Duran, and RISD faculty and staff from the departments of Landscape Architecture, Sculpture and Counseling and Psychological Services discuss the future and how we can start building it now through new ecological, labor, artistic, mental health, and community care practices.

Architecture is premised on waste. As buildings erode, decay, or become obsolete over time, waste from their demolition and repair is often poorly managed with little focus on ecological care. New construction produces its own excesses which are exacerbated by the boom/bust cycle of real estate development and short-term speculation. As designers and architects, our understanding of material and construction practices still largely ignore these ever-growing streams of waste. Faced with climate emergency, designers continue to optimize construction, to reuse buildings, and to recycle materials — all without accounting for the accrual and persistence of waste.

What if we understood that the collapse of our built environment is not the failure or “end” of architecture, but rather as preconditions for future practice? Engaging broken-world thinking, how might design anticipate and reimagine waste futures in construction, occupation, and demolition? What if waste sites were reframed as quarries?

This panel discussion was a collaboration between Center for Complexity and the Architecture Department at Rhode Island School of Design as the first in a year-long series of conversations curated for students undertaking their Thesis Degree Project.

Six members of the RISD community received Art & Inquiry grants for written explorations of the theme of collapse. Their essays and works of short fiction have been published in an anthology. You can read the works online here, or request one of a limited number of hardcopies by contacting CfC at complexity@risd.edu. 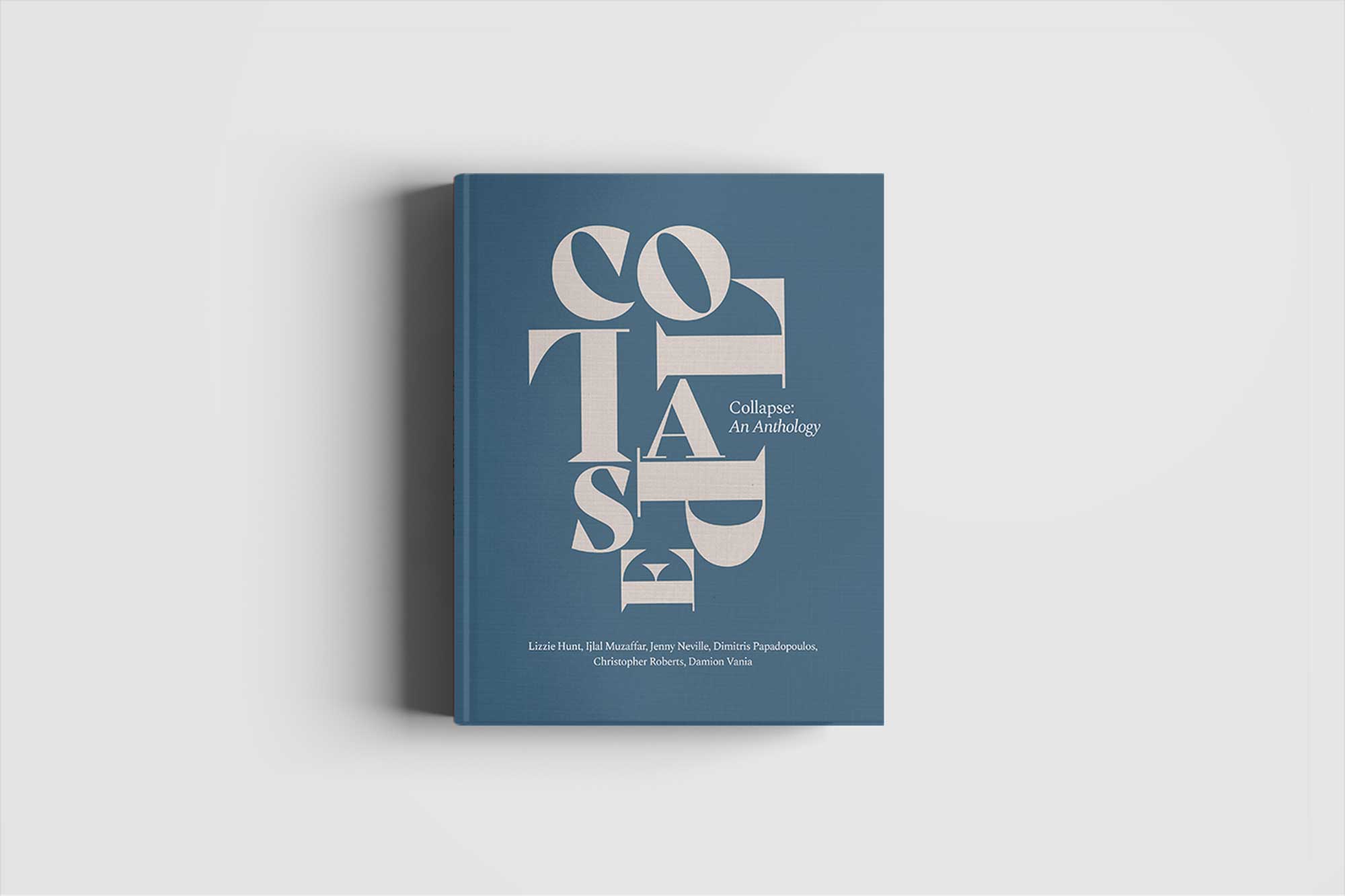 Images from the Art & Inquiry Exhibition. 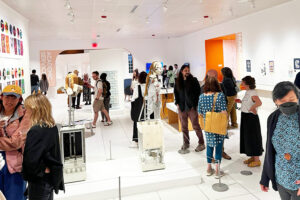 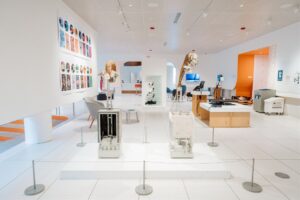 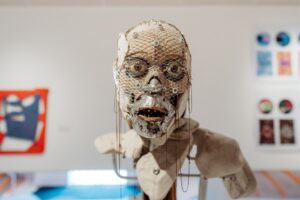 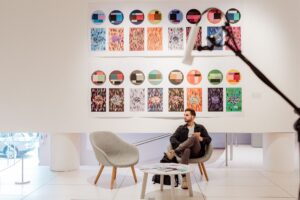 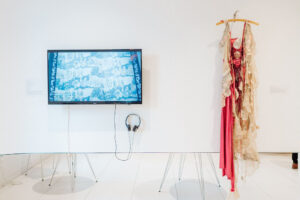 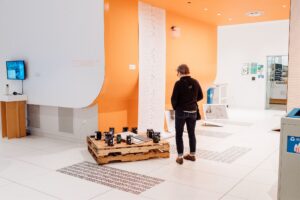 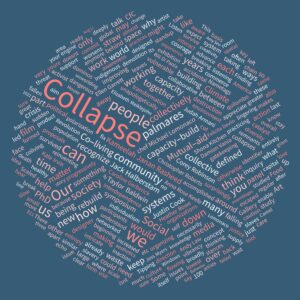 This word cloud was created for the CfC by Jack Madden, PhD – astrophysicist, artist and critic, Experimental and Foundation Studies (RISD). Madden who co-designed with CfC a set of provocations and questions that were put to symposium participants. This image represents the combined feedback and description from that experiment. The size of the words correspond to the frequency of appearance in the collected writing.

“The topics of collectivity, co-living, capacity building, and mutual aid appear frequently along with the subjects of climate, Palmares, media, and society. Gathering disparate voices together in this way immediately reveals common threads of thought and distills down the topical essence of the discussions.” – Jack Madden

Photos from the Symposium. 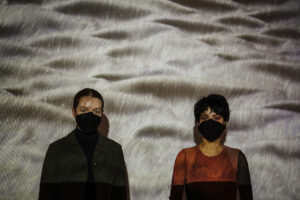 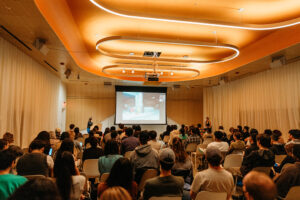 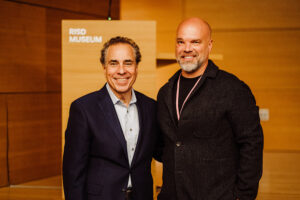 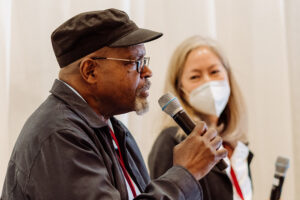 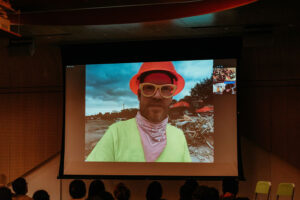 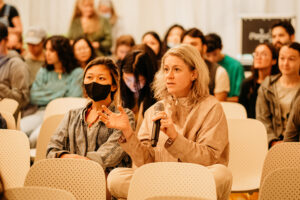 Subscribe to the CfC newsletter Compass & Lens
to stay up to date and watch for news of the 2023 symposium.

Andrew Grant and everyone at RISD Media Services