Can the planet support the nutritional needs of growing global population, and at what cost?

In collaboration with PopTech, the Center for Complexity (CfC) hosted a two day convening in March 2019 to discuss the future of food. The global food system is among modern society’s most nonlinear and complex systems. Its emergent qualities arise from many sources including fashion, public health policy, climate change, logistics, cultural shifts, demographics and commerce to name a few. For most of us, the system is opaque; the simple act of ordering a hamburger belies the vast and complex supply chain that made it possible to sell the product for $2 or less. Even “farm to table” food systems, while ostensibly simple, rely on technologies and infrastructures unimaginable a century ago let alone at agriculture’s origins.

Today, humanity faces unresolved questions about how we will feed 3 billion more people in the next few decades. And at what cost to the planet, social and economic systems will that obligation come? There can be no single answer given the diversity of individual, family, community, municipal and national expectations and preferences of nutrition and food security. The outcome of this important question will be realized differently according to a wide spectrum of differing contexts and conditions. To describe the future of food is to describe the future of humanity.

A more manageable question about the future of food would have its locus in the instruments of food production, drawn broadly as farming. Farming is perhaps humanity’s most important and ancient technology to be realized at scale. Yet, modern farming continues to  resemble its distant origins in many parts of the world. But, farming is undergoing a radical technological transformation; perhaps its most significant since the Agricultural Revolution 10,000 years ago.

The Agricultural Revolution is popularly understood to be humankind’s first entry onto the global stage; its most important step to becoming the dominant species on the planet. The Agricultural Revolution fits nicely into our narratives of human progress and innovation that shape how we understand ourselves and how we view technology. But, as with many things, this narrative is problematic. As Yuval Harari writes in Sapiens:

Before we embark on another Agricultural Revolution, it is important that we understand, not just how this will unfold, but why it will benefit humanity. We must attempt to forecast what the outcome will be. The first Revolution profoundly reshaped our societies, communities, families, diets, governance systems, conceptions of nature and time. Will the next Agricultural Revolution do the same? And if so, to what end?

This first convening on the Future of Food Exploratory explored these questions with 30 leading thinkers and practitioners active in this second revolution with an aim of seeding the ground for future projects and research on the topic. 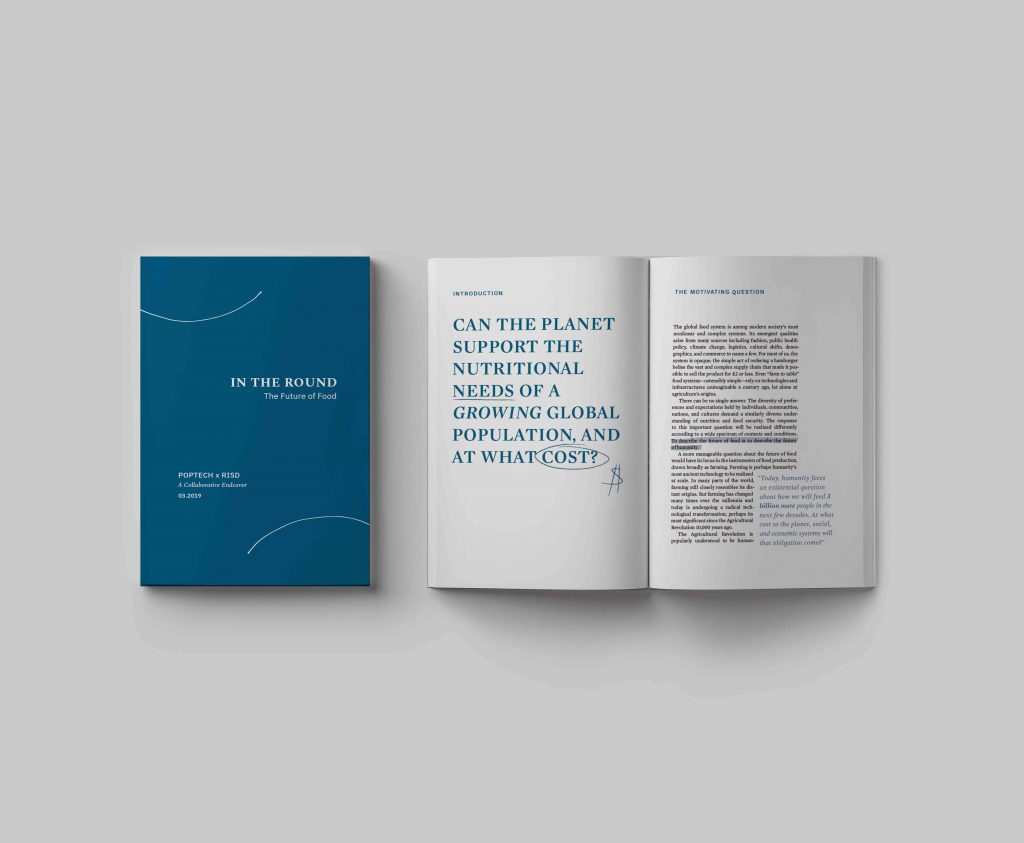